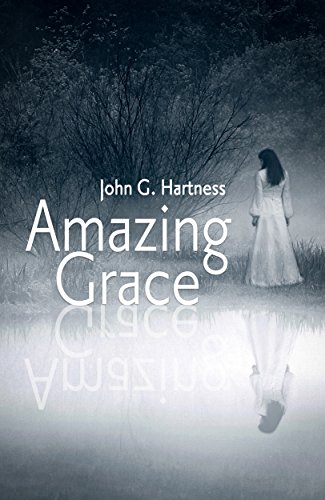 Lila Grace Carter is your favorite new detective, you just don’t know it yet. She’s determined, smart, caring, and sassy as the day is long. She also talks to dead people. Of course, as she puts it, “I’m Southern. We all talk to dead people down here. The difference is, they talk back to me.”

Lila Grace has lived in Lockhart, S.C. her entire life, and has always been shunned for being different. Discovering her ability to see and talk to ghosts at an early age, she used her ability to help people settle disputes, communicate with lost loved one, and generally make life better in small ways.

Until poor dead Jenny Miller showed up on her doorstep. Now Lila Grace has a teenaged ghost following her around, a handsome new sheriff in town, and a murderer in her sleepy southern town. This ain’t Mayberry, kids.

Award-winning author and poet John G. Hartness has mined his southern roots for inspiration and color in this supernatural love letter to small-town Southern life.