You are here: Home / Featured2 / Bull: A Will Slater Thriller 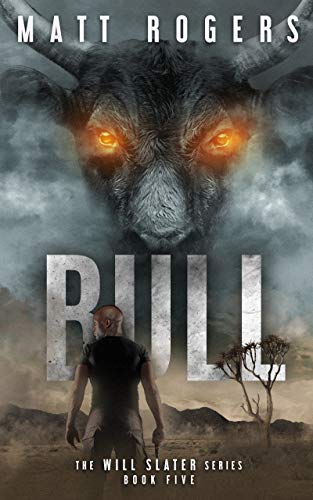 A RAW FIGHT FOR VENGEANCE ON ZIMBABWE’S DESOLATE PLAINS…

Will Slater needs to lay low. With the whole U.S. government antagonised by his recent choices, he smuggles himself to rural eastern Zimbabwe and tries to keep his head down. But that was never going to happen.

Whispers and rumours sweep across the plains — tales of a gang of psychopaths. Remnants of the old regime, cast out from the previous dictatorship. Continuing to wreak havoc. As they’ve done for the better part of two decades. They’re armed to the teeth. Their manic leader is untouchable. Invincible. They own the territory, and everyone in it.

Slater’s seen it all before. He follows the whispers, and marches straight towards the fight. But this time, he might have met his match.

This might just be the one that breaks him for good…

What readers are saying about the Will Slater Series: