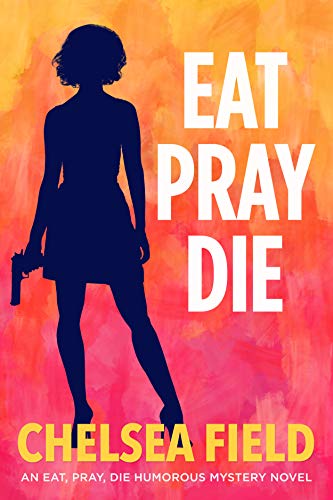 From a #1 bestselling author:
A fresh and funny romantic mystery series about a witty, down-to-earth heroine with a job you’ve never seen before…

“So good I absolutely could not put it down! … The entire book crackles with memorable characters …The plot is fast-paced and suspenseful … This series never fails to entertain me!”
— Chloegirl ★★★★★
“Great read! Similar to Stephanie plum in terms of humor and great characters and story but nowhere near a copycat.”
— Nancy Dell ★★★★★
“It isn’t physically possible for me to read this series without a constant smile on my face. My face hurts.”
— Megington, Top 1000 Reviewer ★★★★★

Up until Australian citizen Isobel Avery flies to Los Angeles for a top-secret job opportunity, the only mysteries she’s tried to solve are the kind that come in fiction novels. Which is fine–in theory–because her new job is to prevent murders, not solve them.

By a fluke of genetics, she has what it takes to be an undercover poison taster for the rich and famous, and by a flake of an ex-husband, she needs the money desperately enough to do it.

But Izzy soon finds the problem with working for a secret society is that they like to keep secrets. Even from their employees. And when a celebrity chef is almost poisoned in his own kitchen, it leaves his taster in a coma they won’t ever wake up from unless Izzy and her colleague can track down the killer in time.

Izzy is way out of her depth–and worse, her annoyingly attractive investigation partner knows it. Only the care of her British, bartending housemate, the cuddles of his cockroach-chasing cat, and the sweeter mystery of the overly competent old lady next door, keep Izzy’s courage from flagging. That and her comatose fellow taster whose life hangs in the balance.

Can Izzy and her partner put aside their differences to hunt down the bad guy? Or will Izzy fail to survive her job’s probation period?