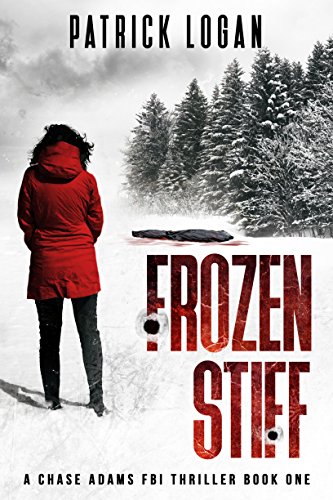 The two corpses are mutilated. Naked. Frozen solid. It’s only a matter of time before the killer strikes again.

With no evidence, no leads, and no clues, the local PD has no choice but to call in the FBI.

Enter FBI recruit Chase Adams. While she may be new to the Bureau, Chase is no rookie when it comes to murder. First a Narcotics Officer in Seattle, then a NYPD Detective, Chase has insight into the workings of some of the most demented minds of our society.

But this case will push even Chase to the limits–it’s like nothing she has investigated before. The local PD thinks they have things wrapped up nicely, but Chase isn’t at all convinced. When a third and fourth body surfaces across the country, Chase realizes that she is on the hunt for a killer whose murder spree knows no boundaries.

What sort of animal could commit such atrocities? And why?

Chase fears that these murders are only the beginning. But what she doesn’t know is that as she closes in on the murderer, he’s closing in on her.

This might be FBI recruit Chase Adams’ first case, but if she doesn’t catch the killer soon, it may also be her last.

With more than 15 million pages read, Chase Adams is quickly becoming a reader favorite. Order your copy of FROZEN STIFF and get started with the first book in the exciting Chase Adams FBI Thriller Series now!