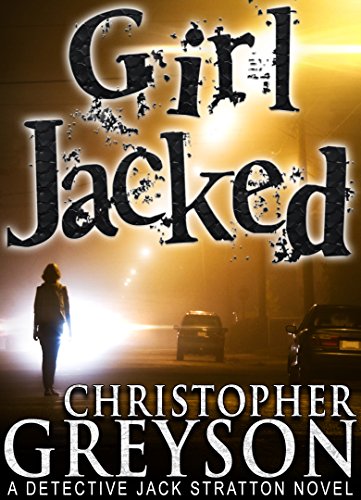 This top-rated mystery book is on sale for a limited-time to introduce you to the wildly popular Detective Jack Stratton Mystery Series from bestselling author Christopher Greyson. We hope you enjoy!

Deep down inside, Jack knew he was a violent man. There had always been a beast inside him, wanting to break out of its cage. He feared it. He knew what it was: hate, pure and simple. He’d locked it away, but the monster didn’t die; it grew. For days, Jack had run from the blackness that burned through his veins.

But now Jack embraced the hate.

He released the beast.

Police Officer Jack Stratton is hiding. Hiding from the world. From pain. From the memories of losing his best friend, Chandler, in Iraq. Suffering from PTSD, and isolated from those he cares about, the last thing Jack expects to hear is that Chandler’s sister is missing. The news cuts straight to his core. Although the police think she just took off, Jack knows Michelle would never leave behind those she loved—like he did. Now Jack must take action, find Michelle, and bring her home… or die trying.

The first novel in the runaway hit mystery series introduces us to handsome rogue Jack Stratton and his dark past. Driven by a debt of honor to his fallen foster brother, Jack dives into a world of deception and lies, navigating the quirky characters that hold the answers to his foster sister’s disappearance. But in the sleepy community of Darrington, nothing is as it appears to be. Following a trail that has grown cold, Jack must tread carefully to protect his job, his family, and his own life.

Girl Jacked is part of the Detective Jack Stratton Mystery Series that has 750+ five-star reviews with over 300,000 readers and counting. If you love a page-turning thriller with mystery, humor, and a dash of romance, pick up Girl Jacked today.

Christopher Greyson’s novel weaves a tale full of mystery and action with humor and suspense. His unique stories and no-nonsense style of writing will take you on a page-turning roller coaster ride of emotions right up to the end.

Look for other mystery books featuring Jack Stratton including Girl Jacked, Jack Knifed, Jacks are Wild, Jack and the Giant Killer, and now Data Jack. They can be read in any order.

Enjoy this Detective Mystery Books Series FREE as part of your Amazon books Kindle Unlimited subscription. You can read the eBooks on your Amazon Kindle Fire or on any smartphone with the free Amazon Books Kindle app.