“It’s very intriguing, and like the other Lange books, would make for a fantastic movie.” – Trash Mutant

“Crichton was able to keep the hook baited and still managed to throw in a few surprises at the end.” – Pop Cults 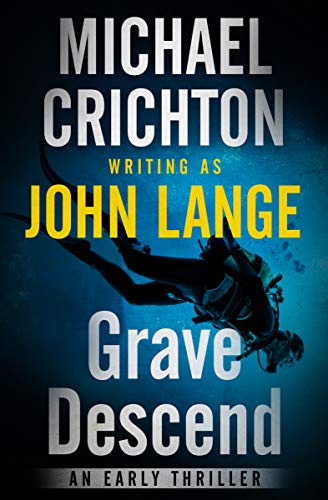 An Edgar Award finalist from the #1 New York Times–bestselling author of Jurassic Park: A diver enters dangerous waters to recover a sunken yacht.
The Grave Descend lies under more than sixty feet of clear blue Caribbean water, guarded by a coral reef and schools of hungry hammerhead sharks. Raising it would be a near-impossible task, but James McGregor is suited to the impossible. An expert diver, he makes his living exploring sunken ships. But there’s something strange about the wreck of the Grave Descend.

How did she sink? Why do none of the survivors tell the same story? And what was the cargo inside her hull? To answer these questions, McGregor will have to contend with the deadliest sharks around—both underwater and on land.

This ebook features an illustrated biography of Michael Crichton including rare images from the author’s estate.