You are here: Home / Detective / Hidden in the Dark (Harper Flagg Book 1) 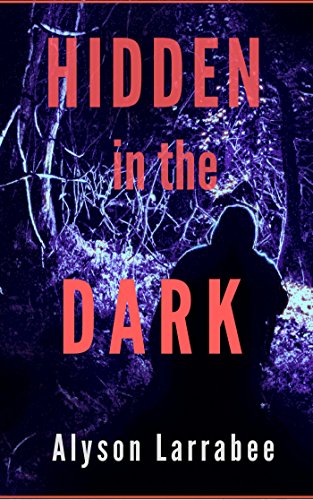 **For the month of November only: Hidden in the Dark is now available for a limited time at its lowest price ever: $.99**

Looking for a gripping psychological thriller full of surprising twists that you can’t put down?
Grab a copy of this 2017 Amazon Kindle Scout international competition winner.
Lock the doors and set the alarm but it won’t help. Gabriel can get to anyone, any time. How does he do it? That’s his little secret. But you better find out before it’s too late. He kills quickly and ruthlessly, with no remorse. He’s been doing it and getting away with it for years.
Harper Flagg has spent her whole life training for a confrontation with her mother’s killer. Sixteen years ago she was the only witness to this horrific crime. Since then she’s become an accomplished marksman, and an expert in self-defense. She’s dying to come face-to-face with Gabriel, the serial killer known as the Bad Guy. And her wish is about to come true.
A dark force lurks in Gabriel’s cold heart. He hides in the shadows of life, stalking young women and carrying them away to his secret hiding place, where he finishes them off with his sharp blade. He’s brilliant, invisible, and his current obsession is high school golden girl, Harper Flagg.
How has he managed to keep his identity a secret all these years?
What will it take to stop him?
Gabriel’s hiding in plain sight and his every-day persona is perfect. When Harper finally meets him, she has no idea that she has befriended the dangerous serial killer who’s been stalking her for months. But she’d better figure it out before it’s too late.
**Grab a copy instantly for $.99 right now before the sale ends.**
“Wow, this book had me biting my nails and obsessively turning the pages to see who and what the killer was. It had a Silence of the Lambs feel to it.” -Emmie
“This is one of the best that I have read in some time.” – Brenda
“A different type serial killer story that will keep you awake at night.” – Fran
“This is a fast paced book, well written. I love the characters. Insightful look into a killer’s mind. A great read.” – Jackie
“The author’s usage of descriptive language made me experience every intense moment of both the victim and the chilling moments of the killer stalking his prey. It is a book that isn’t easily shaken off, and will be one that I ponder long after the book ended.” – Karwyn
“My interest was kept throughout and I enjoyed the book. It was a thriller with well described characters: more of a psychological thriller than a mystery.” – Bobby
“If you’re in the market for a serial killer book, this one will fill the bill, and with a twist.” – Brent
“a quick-paced, complex story” – Diane
“I would rather have a serial killer where most of the action, mystery, and thrills are in the form of the psychological part. I think this one fits this bill.” – Montzalee
“Hidden in the Dark is a well written book that you will not want to put down, a page turner.” – Bette
“Reserve a chunk of time to read this one. You won’t want to stop once you begin reading.” – Ron
**Grab a copy instantly for $.99 right now before the sale ends.**
* * *Don’t miss this psychological thriller filled with mystery, murder, deception, fascinating characters, obsession, stalking, terrifying suspense, and the darkest hiding place imaginable, no one can find it!