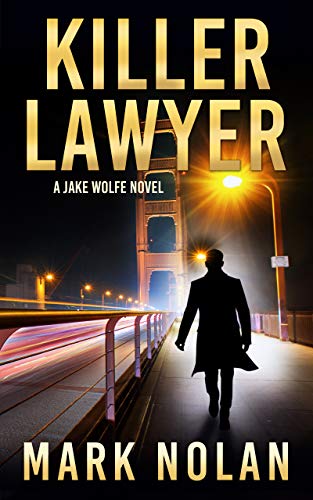 Attorney by day, assassin by night. Jake Wolfe is a young lawyer who leads a secret life. Trained by the CIA, he now wants peace and quiet, practicing law and living on a boat with his war dog. But when his city is shocked by a serial killer and he’s framed for the murder of a friend, Jake must race against time to find the killer before he strikes again.

Drawn into a deadly game of cat and mouse; at every step Jake and his loved ones are being hunted by the clever, twisted madman. As the city is gripped in fear of the seemingly random shootings that could strike anybody, Jake investigates and uncovers ominous clues until a shocking reversal of fortune changes everything.

With the clock ticking and lives at stake, will Jake be able to find and stop the killer in time, or will he become the next victim?

Buckle up for a wild ride as Jake Wolfe and his exceptionally intelligent dog, Cody, return to action in this page-turning thriller in Mark Nolan’s bestselling series that has earned thousands of 5-star ratings on Amazon and Goodreads.