The beaten-down Rust Belt city of St. Louis provides the setting for this tense, powerful thriller from Trafford (the No Time trilogy). Arthur Glass, a member of a prominent African American family, went from fighting in the civil rights movement of the 1960s to decades of service as a US congressman. Arthur now plans to retire and wants his lawyer son, Justin, to campaign for the seat. But Justin is a mess: mourning the death of his beloved wife, neglecting his nine-year-old daughter, and running a legal practice in a poor part of town. Then eight-year-old Tanisha Walker brings Justin a jar half full of coins to pay for him to find her missing brother. A bunch of youths of unsavory reputation have disappeared, Tanisha’s brother among them, and the police have done little to locate the boys. Incensed, Justin embarks on a dangerous quest that changes his life forever as he runs up against entrenched racism, corruption, and political chicanery. Happily, he has the support of a few good people. Readers will remember Justin long after closing the book.   ~ Publishers Weekly 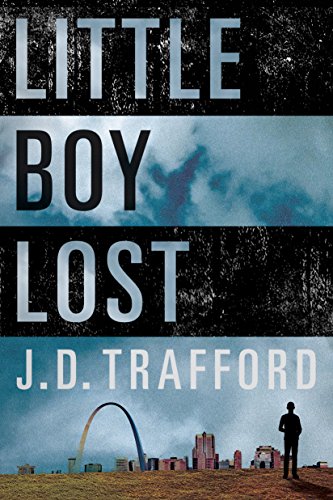 A broken city, a missing young man, and a lawyer searching for truth when nobody else cares.

Attorney Justin Glass’s practice, housed in a shabby office on the north side of Saint Louis, isn’t doing so well that he can afford to work for free. But when eight-year-old Tanisha Walker offers him a jar full of change to find her missing brother, he doesn’t have the heart to turn her away.

Justin had hoped to find the boy alive and well. But all that was found of Devon Walker was his brutally murdered body—and the bodies of twelve other African American teenagers, all discarded like trash in a mass grave. Each had been reported missing. And none had been investigated.

As simmering racial tensions explode into violence, Justin finds himself caught in the tide. And as he gives voice to the discontent plaguing the city’s forgotten and ignored, he vows to search for the killer who preys upon them.