You are here: Home / Best Sellers / Murder On The Mind: The Jeff Resnick Mysteries

“This was a thoroughly entertaining mystery with a bit of the paranormal throughout. Not only was the mystery interesting, but so was the development of the relationship between the half-brothers. The author did a wonderful job of walking the two through their problems with one another. I highly recommended this book and I’m looking forward to reading the rest of the series.”   –BellaOnline 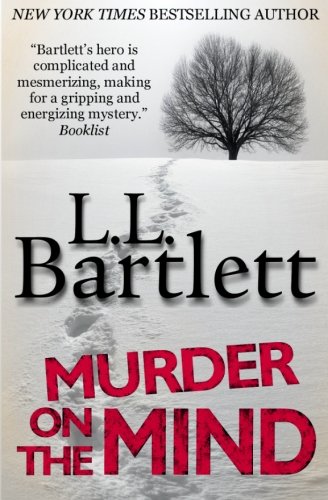 Murder On The Mind: The Jeff Resnick Mysteries

After a brutal mugging in Manhattan leaves him with a broken arm and fractured skull, insurance investigator Jeff Resnick reluctantly agrees to recover at the home of his estranged half brother, Richard. At first, Jeff believes his graphic nightmares of a slaughtered buck are just the workings of his traumatized mind. But when a local banker is found in the same condition, Jeff believes the attack has left him with a sixth sense–an ability to witness murder before it happens. Piecing together clues he saw in his visions, Jeff attempts to solve the crime. His brother Richard is skeptical, but unsettling developments begin to forge a tentative bond. Soon, things that couldn’t be explained by premonition come to light, and Jeff finds himself probing into dangerous secrets that touch his own traumatic past in wintry Buffalo–and the killer is ready to eliminate Jeff’s visions permanently.

The Jeff Resnick Mysteries:
Murder On The Mind
Dead In Red
Room At The Inn
Cheated By Death
Bound By Suggestion
Dark Waters