You are here: Home / Crime / No Second Chance

*Starred Review* Very few writers can induce in their readers the kind of trancelike state, punctuated by frequent “wows,” that most of us associate with much-loved books from childhood. Coben can. Although he has had a fairly short mystery-writing career (this is his fourth novel), Coben has already won a great deal of acclaim. He is the only writer to have won all three of the genre’s most competitive awards: the Edgar, the Anthony, and the Shamus. His current thriller is as pleasantly painful to read as its predecessors. Coben starts with an excruciating premise: What would you do if your infant were kidnapped? His hero, a plastic surgeon specializing in pediatric reconstructions, has no known enemies. But he wakes up 12 days after having been shot in his own home to discover that his wife has died, his six-month-old daughter has been taken, and he himself is a suspect. When the kidnappers make contact, promising that there will be “no second chance” if the cops or feds are brought into the case, Coben’s hero is thrown into an agony of hope and indecision. The novel, spanning 18 months and jumping between the father and the kidnappers, sets off depth charges of meets, double-crosses, near-misses, and vengeful acts. Coben holds it together with his hero’s determination and smarts. This is the kind of book that will leave readers dazed–but only after they finally look up from the final page.Connie Fletcher
Copyright © American Library Association. All rights reserved 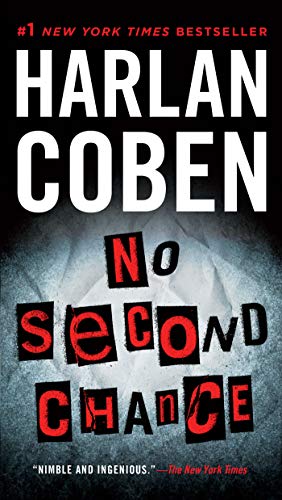 No Second Chance: A Suspense Thriller

When his child is taken, a father will stop at nothing to get her back in this explosive, white-knuckle thriller from #1 New York Times bestselling author Harlan Coben.

When the first bullet hit my chest, I thought of my daughter…

Shot twice by an unseen assailant, Dr. Marc Seidman lies in a hospital bed. His wife has been killed. His six-month-old daughter has vanished. But just when his world seems forever shattered, the ransom note arrives: We are watching. If you contact the authorities, you will never see your daughter again. There will be no second chance. With no one to trust, and mired in a deepening quicksand of deception and deadly secrets, Marc clings to one unwavering vow: bring home his daughter, at any cost.

With over 70 million books in print worldwide, Harlan Coben is the internationally bestselling author of more than twenty-five novels, including the #1 New York Times bestsellers Fool Me Once, The Stranger, Missing You, Six Years, Stay Close, Live Wire, Caught, Long Lost, and Hold Tight, as well as the Myron Bolitar series and a series aimed at young adults featuring Myron’s nephew, Mickey Bolitar. His books are published in 43 languages around the globe and have been number one bestsellers in over a dozen countries. A new Myron Bolitar novel, Home, will be published September 2016.