In the dark night of the soul . . . . If Detective Chief Inspector Jane Tennison hadn’t been a woman, she might not have noticed the victim’s shoes . . . . and that they didn’t match the size given on the info sheet now so obviously misidentifying the dead blonde as a hooker named Della Mornay. Being so through, so good at the details, made Jane a top investigator; being a woman made the boys in the squadron want to see her fall on her face. 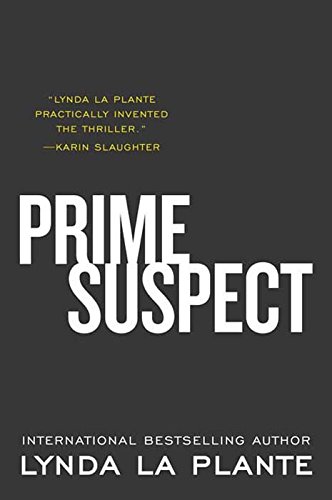 But Jane Tennison was determined to catch the madman stalking women in London’s street shadows. She had a prime suspect, and she needed to make the charges against him stick. She also needed to keep her own secret in check: she couldn’t let anyone see that she was falling apart inside, as her obsession with cracking this case and breaking out from under the heel of the station house boy’s club took over life, destroying her relationship with the man she loved, pushing her closer and closer to the dark urges of a killer . . . .

An international bestseller, Lynda La Plante’s thrilling detective novel Prime Suspect introduced readers around the world to Detective Chief Inspector Jane Tennison, a gritty investigator locked in a tooth-and-nail struggle to claim the authority, acceptance, and respect she deserves from Scotland Yard’s chauvinist detective squad—even as she desperately tracks the maniac now running loose in the streets of London.

Fans of Sue Grafton’s Kinsey Millhone books and the work of Kathy Reichs or Karin Slaughter will be immediately drawn to La Plante’s Jane Tennison, the remarkable, no-nonsense police woman who laid the groundwork for all the rest who followed.