You are here: Home / Featured2 / Save the Last Bullet for God: ( Winner Takes All )

“When I came to Elif’s first passage and realized exactly what was occurring, I was absolutely gobsmacked in the best way. I thought this was incredibly brilliant, and it was at this point that I truly couldn’t put the book down.” – Time travel alien science alternate history. 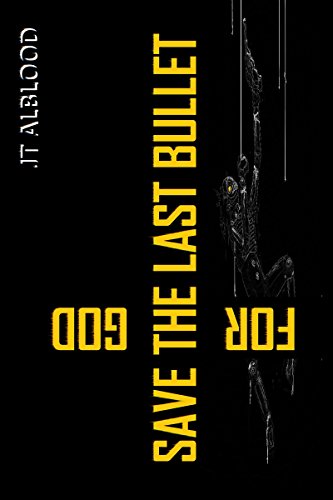 Save the Last Bullet for God: ( Winner Takes All )

What if what you thought that you knew as history is just an illusion?

Throughout history we have seen war, the spread of civilization and the discovery of many wonders. But what if in all that time, Homo sapiens were merely evolving into something new?

What if, on the inside, we are all alien?

Vienna, 1920. Wilhelm Reich is a medical student, working as a night nurse at a mental hospital, when he meets Maria Orsic, a beautiful young woman who happens to be suffering from paranoid schizophrenia. Wilhelm is captivated and finds himself falling in love. Then, one night, he helps her to escape, only to lose her the next morning.

Years later, he is a respected psychiatrist working in Berlin when he meets Maria for the second time. And he finds that she needs his help again — with a message she’s received from the aliens.

Each end has a story. This tale is a complex one and includes mystics, Nazis, occult societies, the thousands-year-long invasion of aliens into the human genome, retro-chronal causality, secret codes within DNA, the number Pi, the Holy book and so much more.

“Save the Last Bullet for God” is a trilogy set of “Alpha Tauri Strain”, “Code of Disjointed Letters” and “Homo Avatarius”.

“… truly was one of the most complex high concept novels I have laid eyes on in a long time.”

“J.T. Alblood’s novel is a thought-provoking and groundbreaking work of best speculative sci-fi adventure of a lifetime.

“It would be hard to find a more original work than this. “

– Best of the alien alternate history .

“Everything is made clear. I read the beginnings of Elif’s story towards the end of my lunch break and had to get up and walk away from them heartbroken.”

“The novel conjures a mood of Kafkaesque bafflement that’s explained but not dispelled by a late reveal that readers will likely see coming. Alblood’s deft magical realism and talent for evocative description and sharply-etched characters make for an engaging story.

– Best of the suspense thrillers and mysteries alternate history.

“When I came to Elif’s first passage and realized exactly what was occurring, I was absolutely gobsmacked in the best way. I thought this was incredibly brilliant, and it was at this point that I truly couldn’t put the book down.” – Time travel alien science alternate history.

“…your science fiction novel was incredibly unique and may I say…held me as a captive audience of one. I read for 12 straight hours not only to get it done in time, but to figure out what was really going on.”