You are here: Home / Detective / Taker of Lives

“The author paints a gripping and mesmerizing detective story in a very vivid and convincing way.”

“It’s a fast-paced novel that will keep you engaged from the first page to the last.”

“I would recommend this book and would add that it has a distinctly cinematic feel to it.” 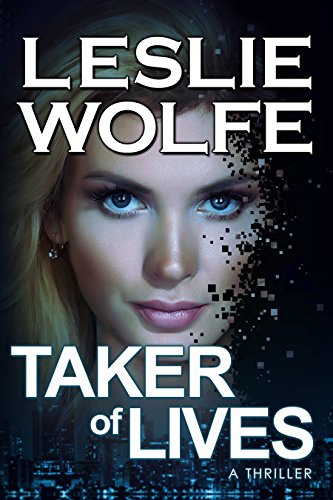 How can you outrun a killer you won’t see coming?

“Wow. I think I just fell head over heels in love with a fictional character. Tess Winnett is one of the smartest FBI agents and profilers I have come across yet and with analytical skills to rival Sherlock Holmes. Hats off to Leslie Wolfe for easily the best thriller I have read in this genre for many, many years!” – Manie Kilianon, five stars review on Amazon.

After a high-profile model is found dead, FBI Special Agent Tess Winnett finds it hard to accept the findings that it was suicide and pushes for an investigation. But as she delves into the case, she uncovers things she never expected to find.

As the killer embarks on a crime wave of terrifying scale, each new crime scene leads to more questions than answers. With little information and even less evidence, Tess must connect the dots of a deadly scenario with a large number of potential victims.

As even the closest held secrets are revealed, Tess is slowly and irrevocably drawn to the only conclusion she can make: she’s not the one in charge; the Taker of Lives controls the game, the players and even the course of her own investigation.

And she knows that if she doesn’t find him soon, another beautiful, young girl will die tonight, and the blood will be on her hands.

The Taker of Lives might be closer than you think. Who’s watching you sleep tonight?

The best-selling author of The Watson Girl is back with another suspenseful, gripping crime thriller. If you’re a fan of David Baldacci, Melinda Leigh, and James Patterson, you will enjoy Leslie Wolfe’s engrossing police procedural that will keep you reading until dawn.

Praise for Taker of Lives

“A mystery with one of the biggest surprise villains when the killer is caught.”

“If you like suspense, thrillers and dynamic twist and turns, you won’t be disappointed.”

“The author paints a gripping and mesmerizing detective story in a very vivid and convincing way.”

“Clever and unexpected, “Taker of Lives” has more surprises than a box of chocolates!”

“A mystery through & through!!”

What Readers and Reviewers Are Saying About Leslie Wolfe

“Wolfe’s strong female characters, who all appear to be flawed, never disappoint.”

“The action is immediate and nonstop, and just when you think you have it all figured out, Wolfe tosses in a twist so masterful that it’ll make your head spin.”

“Leslie Wolfe has a wonderful ability to make you feel as if you were right there watching the events unfold in this fast paced and nail-biting thriller.”