You are here: Home / Featured / The Disembodied

Suspenseful and Spookiness at it’s best..  The story itself is mind boggling. Several instances, I thought I knew the outcome, I was floored. The ending was superbly done. I have to admit that I felt like someone was watching me, or felt something that raised my skin into goosebumps.

I recommend this story to readers looking for a new read that will keep you guessing until the last page. 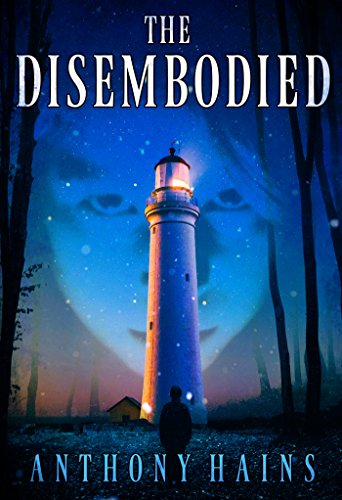 Thirteen-year-old Griffin Rinaldi seems like a normal kid. He plays basketball at the Y and he’s just learning to talk to girls. But Griffin doesn’t feel normal. He’s been diagnosed with Depersonalization Disorder—he feels disconnected from his body, and at times, he doesn’t know if he’s dead or alive. And it seems to be getting worse.

Following the brutal death of his abusive father, Griffin is haunted by a red-haired kid only he can see and who wants him to do things he doesn’t understand. Griffin’s only sources of support are his grandfather, Soren – a regional author of Outer Banks ghost stories – and his same-aged cousin, Tanner, a boy coping with his own troubled life.

When a rare blizzard strikes the Outer Banks, Griffin recognizes the red-haired boy as a vengeful specter from Soren’s tales. To make matters worse, his well-meaning aunt has convinced his mother he’s under some sort of spiritual attack. Unsure if the mysterious boy is a symptom of his disorder or an entity with evil intent, Griffin finds himself in a struggle to save his life, his sanity and maybe his very soul.