You are here: Home / Crime / The Mutiny Girl

“The author will be one to follow. She wove the historical backdrop of crime-ridden South Florida during the height of the Cocaine trade with modern characters. Back in a time when you could truly fly under the radar. (and no social media) If you like thrillers, you will like this one. Gritty, witty, full of insights into Miami’s past. like a gator, starts off slow then grabs you. I was born on Davis Island and lived through this time. Yes, I inhaled. Have some experience with guns, boats, spearguns and horses. Nice to see some things researched. Has true movie potential.”  -Amazon Reviewer 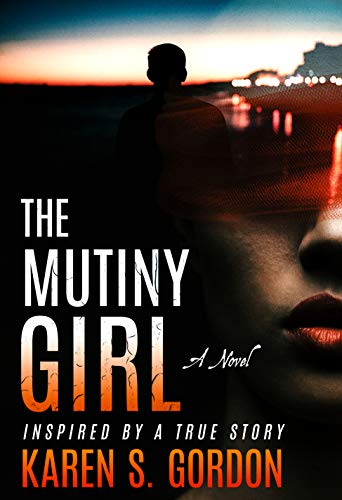 “An outstanding debut thriller that has it all: misdirection, intrigue, murder, and family. Captivating and engrossing.” — The BookLife Prize

“An engagingly written series starter with a bounty of plot twists and Miami vices.” — Kirkus Reviews

An iconic Florida waterfront hotel with a dangerous past.

An ex detective turned lawyer with his own playbook.

Vance Courage knows all too well the Hotel Mutiny was once the secret enclave for Miami’s notorious Cocaine Cowboys. Law enforcement, drug lords, and lots of shady operatives lived it up inside the Mutiny’s high security private club.

Outside the hotel, Miami was a war zone. The coroner stored murder victims in rented refrigerated trucks. Witnesses and jurors disappeared. A federal judge was gunned down outside his home.

But that was a different era. Or was it?

Courage is a lawyer now and his practice is on the skids. When a fugitive sneaks into Miami from Cuba, it unleashes demons from the past. Characters from the Cocaine Cowboy days are cropping up — including an enticing woman he meets on a dating app. With his life going nowhere fast, he wonders what they want with him. And why now?

This paradoxical tale of murder, tenderness, corruption, and family will get inside your head and won’t let go until you’ve read the final word.

“Best book I have read in the last 2 decades. It has more twists than a large bag of pretzels…”

“There is nothing ordinary about this book.”

“This story is well paced, and the plot has plenty of twists to keep you guessing, but not so many that you get lost on the way to the satisfying resolution…”

“I loved this book. I have read many thrillers…many best selling series books…and this new author knocked it out of the park…”

“Definitely a page-turner, I could not put it down…finished the book on one trip from Tucson to Tampa…”

“…I found it impossible to put down. Crisp, descriptive storytelling…”

“This is the best book I’ve read in a long time.”

“Interesting setting…ambitious plotting, thorough character development and pithy dialogue were among the book’s many strengths…”

Karen S. Gordon was born in Burbank, California, to a psychoanalyst and runway model, the fourth of five children, and the only girl.

Her fascination with the twenty-six black and white symbols began when she embarked on her first major writing project at age three: to copy the entire Los Angeles phone directory into her older brothers’ school notebooks.
​
She’s led an eclectic life. Karen got her first job at age twelve as a groom for a top polo player in Los Angeles. She was shipped off to a private boarding school in Scottsdale, and later worked as a dough-roller at a major pizza parlor chain while attending the University of Arizona. Later she moved to Coconut Grove, Florida to be closer to her father.

That’s where he helped her get a job when she unwittingly went to work at the Hotel Mutiny. The Mutiny Girl is inspired by her experiences working inside the hotel’s luxury private club while it doubled as the epicenter of Miami’s multi-billion dollar cocaine trade.

Since 1982 Karen has made a living in the commercial film/video production business as an award-winning producer, writer, and editor.
​
The Mutiny Girl, was released in January 2019, is the first installment of the Gold & Courage Series. The next installment, Killer Deal, will be published in early 2020.
​
She lives in Texas with her rescue poodle-mashup, Dexter, and is an avid equestrian.