You are here: Home / Featured2 / The Road Beyond Ruin

“Through the eyes of several intriguing characters, Liviero deftly weaves together a gripping tale of World War II like no other. Stunning revelations will keep you hooked until the very last page.” —Ann Howard Creel, bestselling author of While You Were Mine, The Whiskey Sea, and The Uncertain Season

“Poignant, thought-provoking, and cleverly written. The characters are drawn with such sensitivity that you feel you are there with them. A brilliant book and one that I would recommend to everyone.” —Lindsay Jayne Ashford, bestselling author of The Color of Secrets, The Woman on the Orient Express, and Whisper of the Moon Moth

“Tense, gripping, The Road Beyond Ruin is a haunting novel about war and secrets that will keep you reading long into the night.” —Colin Falconer, bestselling author of The Unkillable Kitty O’Kane and Isabella: Braveheart of France 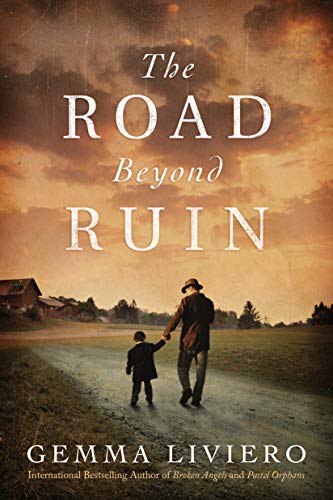 The Road Beyond Ruin

For some people in post–World War II Germany, the battle is not over.

August 1945. As Stefano, an Italian POW, heads toward home across war-ravaged Germany, he encounters a young child beside his dead mother. Unable to leave him to an unknown fate, Stefano takes the boy with him, finding refuge in a seemingly abandoned house in a secluded woodland.

But the house is far from vacant. Stefano wakes at the arrival of its owner, Erich, a former German soldier, who invites the travelers to stay until they can find safe passage home. Stefano cautiously agrees, intrigued by the disarming German, his reclusive neighbor Rosalind, and her traumatized husband, Georg. Stefano is also drawn to Monique, the girl in a photograph on Rosalind’s wall, who went missing during the war.

But when he discovers letters written by Monique, a darker truth emerges. This place of refuge could be one of reckoning, and the secrets of the past might prevent the travelers from ever getting home.

Gemma Liviero is the author of the historical novels Broken Angels and Pastel Orphans, which was a finalist in the 2015 Next Generation Indie Book Awards. In addition to novel writing, her professional career includes copywriting, corporate writing, writing feature articles and editorials, and editing. She holds an advanced diploma of arts (writing) and has continued her studies in arts and other humanities. Gemma lives with her family in Queensland, Australia. Visit www.gemmaliviero.com.