You are here: Home / Detective / The Sound of Rain 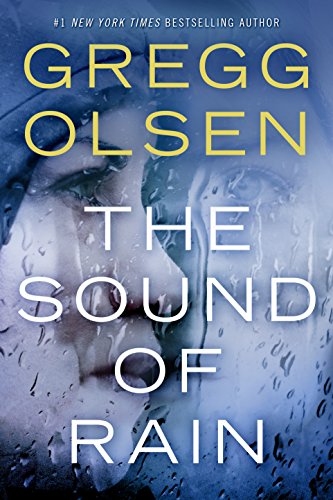 Former homicide detective Nicole Foster has hit rock bottom. Driven off the force by her treacherous partner and lover, she’s flat broke and struggling with a gambling addiction. All Nicole has left is the dream of a warm bed at a homeless shelter and the haunting memories of three-year-old Kelsey Chase—whose murder case ended her career.

As Nicole obsesses over the old facts, she realizes everything about that case felt off: a disinterested mom, a suicidal pedophile, and too many questions left unanswered. When the little girl’s grieving father begs Nicole for help, she’s drawn back into the investigation…and given one shot at redemption.

But the deeper Nicole digs, the more evil she uncovers, including betrayals that hit painfully close to home. Will a shocking discovery be the key to finally getting justice for Kelsey and resurrecting her own life?

#1 New York Times bestselling author Gregg Olsen has written more than twenty books. Known for his ability to create vivid and fascinating narratives, he’s appeared on multiple television and radio shows and news networks, such as Good Morning America, Dateline, Entertainment Tonight, CNN, and MSNBC. In addition, Olsen has been featured in Redbook,People, and Salon magazine, as well as in the Seattle Times, Los Angeles Times, and New York Post.

Both his fiction and nonfiction works have received critical acclaim and numerous awards, including prominence on the USA Today and Wall St. Journal bestseller lists. Washington State officially selected his young adult novel, Envy, for the National Book Festival, and The Deep Dark was named Idaho Book of the Year.

A Seattle native who lives with his wife and twin daughters in rural Washington State, Olsen’s already at work on his next thriller. Connect with him via Facebook and Twitter or through his website, www.greggolsen.com.