You are here: Home / Featured2 / The Victims’ Club 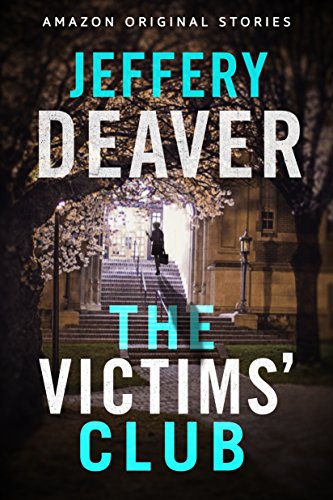 In seconds her humiliation is uploaded, and millions of JPEGs are zipping like immortal wasps through the internet. But why would someone target her? She has no vengeful exes or rival academics, no stalkers or unhinged students. Jon Avery, the sharpest, most experienced investigator in the sheriff’s office, is determined to find out who’s behind this horrific invasion of privacy.

But soon he runs into a wall of silence at Preston College—an academic mecca whose reputation one doesn’t dare tarnish. The message is clear: if he pursues the case, he’ll pay for it.

Jeffery Deaver is a former journalist, folk singer, and attorney whose novels have appeared on bestseller lists around the world, including the New York Times, the Times of London, Italy’s Corriere della Sera, the Sydney Morning Herald, and the Los Angeles Times. His books are sold in 150 countries and have been translated into twenty-five languages.

The author of forty novels, three collections of short stories, and a nonfiction law book, as well as a lyricist of a country-western album, he’s received or been short-listed for dozens of awards.

His book The Bodies Left Behind was named Novel of the Year by the International Thriller Writers association, and his Lincoln Rhyme thriller The Broken Window and a stand-alone, Edge, were also nominated for that prize, as was a short story published recently. He has been awarded the Ian Fleming Steel Dagger and the Short Story Dagger from the British Crime Writers’ Association, and he is a winner of the British Thumping Good Read Award and the Nero Award. The Cold Moon was named the Book of the Year by the Mystery Writers Association of Japan. In addition, the Japanese Adventure Fiction Association awarded The Cold Moon and Carte Blanche their annual Grand Prix award. His book The Kill Room was awarded the Political Thriller of the Year by Killer Nashville. And his collection of short stories Trouble in Mind was nominated for best anthology by that organization as well.

His audiobook The Starling Project, starring Alfred Molina and produced by Audible, won the Audie Award for best original audiobook of the year in 2016.

Deaver’s most recent novels are The Cutting Edge; The Burial Hour; The Steel Kiss; a Lincoln Rhyme novel, Solitude Creek; a Kathryn Dance thriller; and The October List, a thriller told in reverse. For the Dance novel XO, Deaver wrote an album of country-western songs, available on iTunes and as a CD; before that, he wrote Carte Blanche, a James Bond continuation novel and a #1 international bestseller.

His book A Maiden’s Grave was made into an HBO movie starring James Garner and Marlee Matlin, and his novel The Bone Collector was a feature release from Universal Pictures starring Denzel Washington and Angelina Jolie. Lifetime aired an adaptation of his book The Devil’s Teardrop. And yes, the rumors are true: he did appear as a corrupt reporter on his favorite soap opera, As the World Turns. He was born outside Chicago and has a bachelor of journalism degree from the University of Missouri and a law degree from Fordham University.