You are here: Home / Best Sellers / To Have and to Kill

“To Have and to Kill” is a very fast-paced cozy mystery–yet it’s not a typical cozy. Piper is curious about who is causing the murders, but she never directly tried to snoop around and find out who did it. She left that to the police. Yet she’s still in the middle of everything that’s going on due to her job. I liked how, just by being herself, she thwarted the murderer’s plans twice.” 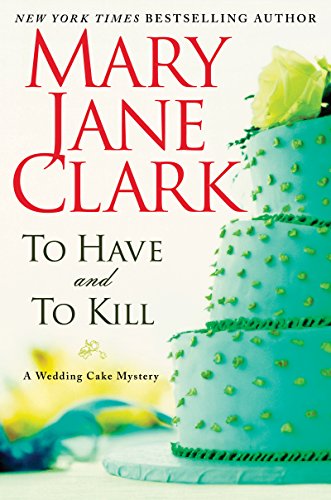 A tasty departure from her thrillers featuring KEY News television anchor Eliza Blake (Dying for Mercy, It Only Takes a Moment), To Have and To Kill introduces readers to actress-turned-wedding cake decorator Piper Donovan, who discovers that the heat in the pastry kitchen can be hotter—and deadlier—that she ever imagined…and that her creative new enterprise is anything but a piece of cake. Foodies and fans of cable TV’s Amazing Wedding Cakes, as well as Faye Kellerman, Jayne Anne Krentz, and Diana Mott Davidson readers are going to eat this one up!