You are here: Home / Best Sellers / Twist of Faith

“There are so many twists and surprises…The plot is great as well as the depth of characters.” —Tulsa Book Review

“A steady build of intrigue and tension shrouded in a dark mystery that began decades before.” —Novelgossip 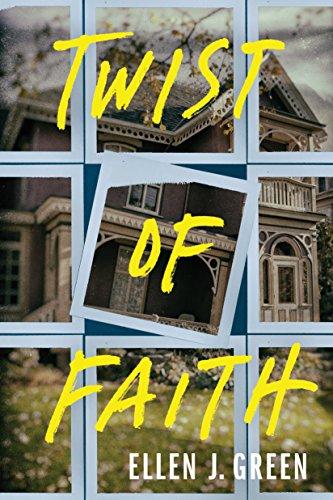 When family secrets are unearthed, a woman’s past can become a dangerous place to hide…

After the death of her adoptive mother, Ava Saunders comes upon a peculiar photograph, sealed and hidden away in a crawl space. The photo shows a shuttered, ramshackle house on top of a steep hill. On the back, a puzzling inscription: Destiny calls us.

Ava is certain that it’s a clue to her elusive past. Twenty-three years ago, she’d been found wrapped in a yellow blanket in the narthex of the Holy Saviour Catholic Church—and rescued—or so she’d been told. Her mother claimed there was no more to the story, so the questions of her abandonment were left unanswered. For Ava, now is the time to find the roots of her mother’s lies. It begins with the house itself—once the scene of a brutal double murder.

When Ava enlists the help of the two people closest to her, a police detective and her best friend, she fears that investigating her past could be a fatal mistake. Someone is following them there. And what’s been buried in Ava’s nightmares isn’t just a crime. It’s a holy conspiracy.

Ellen J. Green was born and raised in Upstate New York. She moved to Philadelphia to attend Temple University, where she earned her degrees in psychology. She has worked in a maximum security correctional facility in the psychiatric ward for fifteen years. She also holds an MFA degree in creative writing from Fairleigh Dickinson University. The author of The Book of James, Ms. Green lives in southern New Jersey with her two children.