A CONDEMNED HERO.
AN UNLIKELY ALLY.
AND THE PLOT TO ASSASSINATE A CRIMINAL MASTERMIND…

“The definition of a page turner. ”

“Kasper is the future of this genre.” 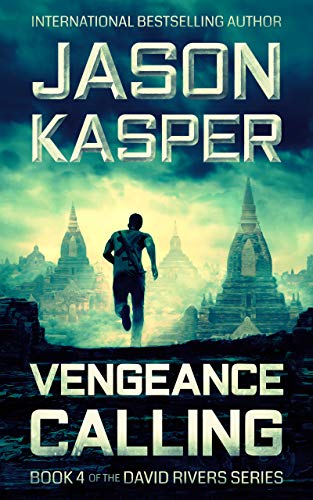 Condemned to certain death as a deep cover agent for an international criminal leader, David Rivers discovers an unlikely ally with one shared goal: the death of the mastermind who governs the illicit underworld.

But the final element needed to complete a brilliant assassination plot is trapped amid the firestorm of a civil war in Myanmar. To kill his greatest enemy and free his only surviving teammate, David will have to survive impossible odds—odds that he’s determined to beat, no matter the cost.

As an increasingly perilous journey unfolds, David learns that appearances aren’t as they seem, and no loyalties are absolute. He soon finds himself forced to choose between two great evils—with his only friend’s life hanging in the balance.

This explosive debut thriller series by a former Green Beret has electrified fans of Vince Flynn, David Baldacci, Lee Child, and Brad Taylor. If you like razor-sharp dialogue, conflicted characters, and adrenaline-pumping action scenes, you’ll love the David Rivers series because it has all three in spades. Pick up your copy today.

The David Rivers series is best enjoyed when read in the correct order: