You are here: Home / Paranormal / Watchers 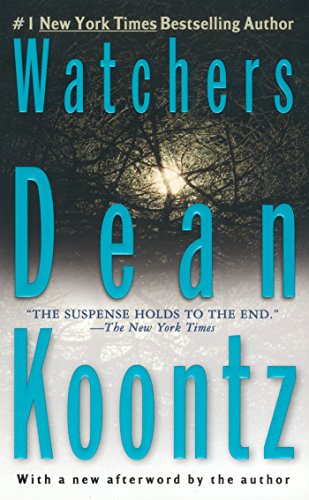 A “superior thriller”(Oakland Press) about a man, a dog, and a terrifying threat that could only have come from the imagination of #1 New York Times bestselling author Dean Koontz—nominated as one of America’s best-loved novels by PBS’s The Great American Read.

On his thirty-sixth birthday, Travis Cornell hikes into the foothills of the Santa Ana Mountains. But his path is soon blocked by a bedraggled Golden Retriever who will let him go no further into the dark woods.

That morning, Travis had been desperate to find some happiness in his lonely, seemingly cursed life. What he finds is a dog of alarming intelligence that soon leads him into a relentless storm of mankind’s darkest creation…