You are here: Home / Featured2 / What She Doesn’t Know 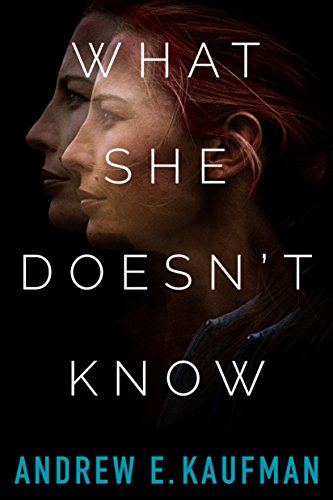 What She Doesn’t Know: A Psychological Thriller

How far can you push an obsession before paying the ultimate price?

Sometimes what you don’t know can hurt you. In Riley Harper’s case, it’s what she says she can’t remember. Nearly a decade ago, Riley was the suspect in a murder investigation that destroyed her life and drove her into a psychiatric facility. Locked away for years, she was always guilty in the eyes of an unforgiving public.

Now, after being released, all she wants is a fresh start, but the effort stalls when she becomes fixated on her new neighbor’s extravagant life. She can’t stop watching Samantha Light. And it’s curiously satisfying.

For now, at least.

Because there’s one more thing Riley doesn’t know. And this time it may not just hurt her—it could kill her.

In this intense psychological thriller from Andrew E. Kaufman, author of Twisted, a woman besieged by her past spins deeper into turmoil and down a slope that may lead her to madness.

Andrew E. Kaufman is the author of the novels Twisted; The Lion, the Lamb, the Hunted; Darkness & Shadows; and While the Savage Sleeps. He is also a contributor to the Chicken Soup for the Soul books, where he’s written about his experience recovering from cancer. After receiving his journalism and political science degrees at San Diego State University, he became an Emmy-nominated writer/producer. He now lives in Southern California with his two Labrador retrievers, who think they own the place. Visit www.andrewekaufman.com.